The Significance of Remote Software Testing During Pandemic and 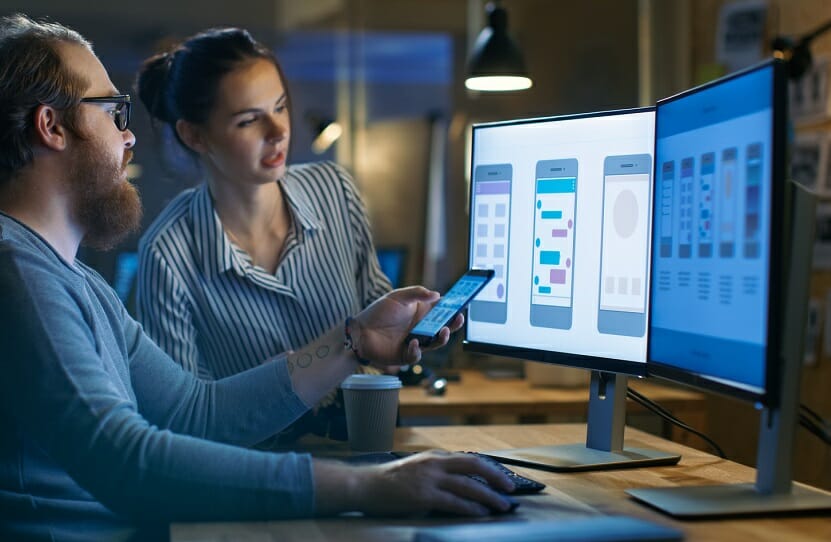 Today, mobile technology is a big thing. This has changed how people work and will change the way society works in the future, too. This article will discuss why mobile testing is essential and how to do it.

What is Mobile Application Testing, and how is it different?

The process of testing the usability, functionality, and performance of mobile apps and other things is called mobile app testing.

It is possible to run automated or manual tests on your mobile app to make sure it meets your business needs and your users’ expectations. During mobile app testing, the goal is to find problems or bugs in the native or hybrid mobile app on many Android and iOS phones and tablets.

Why is Mobile Testing Necessary?

Mobile internet usage keeps increasing while desktop/laptop internet use declines, a trend that has been going on for years.

Consider yourself a user who is trying a new app. If the app takes too long to open, you may choose to close it without even opening it.

This can lead to bad reviews on social media and bad reviews for apps with one-star ratings, among other things.

Mobile app testing will ensure that your mobile experience is as smooth as possible, no matter what app or platform you use.

What Are the Differences Between Mobile App and Web Testing?

Mobile apps and web apps are not the same things. There are various further considerations to be made. Mobile visitors will use your app on different operating systems and devices. Android has many versions with a wide range of resolutions and specialized features. But there are only a few browsers and operating systems in Web App testing.

Web applications and mobile applications are vastly different in terms of development. Furthermore, the way users interact with them differs because mobile users connect with them using gestures such as scrolling and pinching to zoom on their touch screen mobile devices. Of course, the methods used to test them will be different from each other.

Web app testing ensures that websites are highly functional and bug-free across all browsers and devices. On the other hand, mobile app testing attempts to identify any compatibility issues or bugs for mobile apps across a wide range of Android and iOS devices.

There are several types of mobile applications.

Today, you may need to test three different kinds of mobile applications:

There are many techniques for testing your mobile app. These are the most used.

Functional testing is essential to ensure that the basic functionalities perform as expected. It checks for accuracy and provides feedback. It is primarily concerned with the fundamentals of accessibility and basic functionality.

Functional testing alone will not suffice to evaluate usability. Usability testing, also known as user experience testing, stretches beyond functional testing. It assesses usability and user-friendliness. This simulates the user’s interaction with the app. It helps you figure out where customers might have problems or get stuck, and it also makes sure they have a good time.

It isn’t going to be easy to figure out which mobile devices should be used for compatibility tests. (Because testing with all available devices is simply impractical). As a result, make a test matrix that includes every possible combination and ask the client to put it in order of importance.

Companies prefer testing on real devices because they want to create apps that work well on most devices. QA teams frequently disagree on utilizing real devices or simulating them to test mobile apps.

Real devices are the actual mobile devices by the end-user to run the app. It is required to test your app’s performance. For testing in the same conditions as the final user, they are ideal.

Companies having expertise and experience in delivering mobile app testing services, such as Testscenario, might be a significant value-add if you plan to outsource mobile app testing. It can help with device prioritizing and identifying tests that should be conducted as soon as possible to release a superb mobile application.

You need to make sure the mobile app works well because you want more people to use your app. Therefore, mobile app testing is so important. To stand out in a growing number of mobile apps, you need to make a user-friendly, scalable, and high-quality app that can grow with you.

Sagar Mistry is a co-founder and QA Technical Lead at Testscenario. He has over 11 years of experience in the Software Testing/QA area. Numerous mobile applications have been tested in a variety of industries, including E-Commerce, Auction, Online Recruiting, Real Estate, Social, Business, Email Marketing, and CRM.

The Significance of Remote Software Testing During
October 24, 2022