Bug Tracking in an Agile Environment 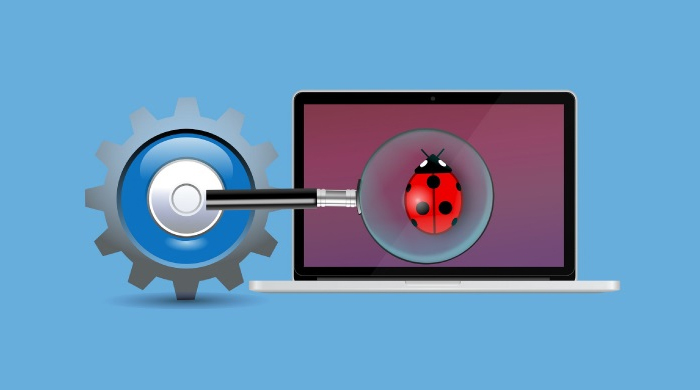 We know that shifting to an agile environment for a software development project can be complicated. Businesses shift to agile to deliver quality software faster. To achieve this, teams need a proper environment and tools to adapt to agile methodologies more quickly. To begin with, teams need to understand the key principles of agile, to reduce the costs by having a systematic feedback channel in place. QA teams entail project managers, QA managers, developers, designers, QA experts, etc. and to keep all the stakeholders on the same page, they use issue tracking tools.

What are Software Bugs/Issues?

A software bug/issue is a particular problem in an application in which a certain feature does not function as it is supposed to. A bud can also be defined as a failure of a test that is preconditioned. Developers design a software application to perform certain tasks, and if they are unable to do so in any condition, it is known that there are bugs in the application. Bugs can be easy to catch on a small scale. But they can be trickier to handle when the scale of an application increases. It not only affects the end-users but also waste a lot of time on the part of the teams. If these bugs don’t appear in an app development process, they can focus on the development of new features. There are many instances where unit testing, integration testing, and usability testing do not perform as per expectations. Due to speed being a crucial factor in an agile environment, if bugs are not resolved they can create a backlog that teams may not be able to manage in a timely manner.

Following are a few strategies that can ensure that help you can manage bugs efficiently in an agile environment:

Ensure stakeholders are on the same page

In a traditional bug tracking system, a tester files bugs in a software application. Then they are assigned to the developer who has written code. Once developers work in improving the assigned bug, it is sent back to the tester for verification. If the tester finds the bug resolved he closes it otherwise the same process is repeated. During this process, the role of active communication between stakeholders is essential. All the team members including testers, developers, managers, etc. need to be on the same page. There are a number of issue tracking tools that help teams to access bugs/issues at any stage of a project.

It is commonly observed that the backlog of reported bugs is higher in the agile environment. This is why teams should have a proper bug management process in place according to each project’s scale. This means that they need to implement a proper system to prioritize bugs according to their severity.

Although bugs revolve around real issues, there can be some lack of clarity if they are not reported properly. When new features are requested, they can add more complexity to the system. QA teams prioritize bugs similar to how they prioritize product backlog by assessing the value it contributes to the end-users.

In a software development project, end-users are the most important stakeholders, so their feedback matters the most. When following an agile approach, one of the most difficult tasks is to collect feedback from the users to assess software quality. It is recommended that dev and QA teams gather early feedback from users rather than developing features before testing the software applications.

Developers can get a clear picture in terms of prioritizing bugs and can assess what to add to a product backlog. In case of critical bugs, the need to be fixed quickly before they are pushed to the backlog and create troubles for the teams. We cannot deny the value of user feedback in the agile environment. It is the main element of a development sprint and when cross-functional teams are involved, as more collaboration is required to fix issues in the early stages.

One of the major issues faced when setting up teams is granting them ownership over their operations. The level of ownership may vary from project to project, but here the responsibility lies on the project manager. Developers tend to resolve issues much more conveniently when they are giving the ownership they expect.

In order to make the most of the bug tracking system in an agile environment, it is important to provide teams with the right issue tracking tools. Issue tracking becomes much more simpler and effective and can assist in achieving both quality and speed.