Top 10 Things to Look for in a Mobile App Emulator 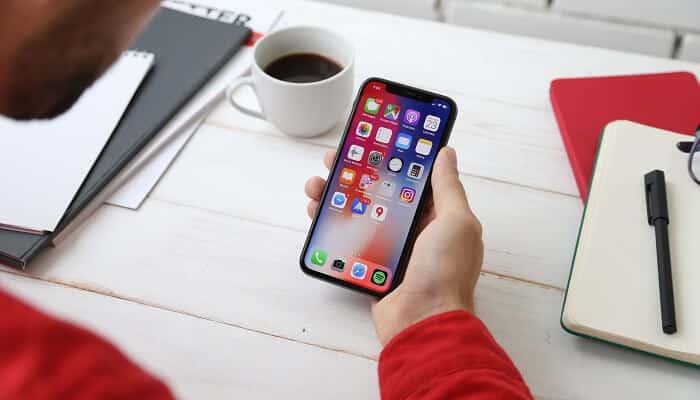 Software testing is an integral part of the modern application development process. However, mobile application testing is the most important area that requires the attention of developers. During the early years of application development, the desktop was the only platform to access these apps.  With the advancement of technology, people became busier in life and needed an on-the-go solution. All these factors gave rise to mobile devices that could act as a desktop in the pockets. Developing applications for this device is easier said than done. This is because of the massive range of variations the developers have to face. Recent statistics show that more than 1,000 Android devices are released every year. Every device comes with a different screen size, display resolution and Core specifications. All these factors will affect the testing procedures for the applications.

Due to the effect of modern technology, mobile apps are no longer the scaled-down version of their desktop counterpart.  Important statistics show that almost 52% of users prefer to use mobile applications instead of desktop apps. Due to the massive growth of the mobile industry, all applications must be compatible with every version of iOS and Android. Mobile Emulator Online play an important role in the mobile app testing process. There are certain factors that a developer must remember to utilise the full potential of a mobile app emulator. With this article, we will try to explore all the factors that can help you to find the best mobile app emulator for your needs. Before that, let us understand the meaning of mobile app testing.

What is Mobile App Testing

Mobile app testing is a process of verifying the functionalities, usability, performance and consistency of an application. The developers complete this process by running the application on a virtual mobile app testing platform. These platforms include simulators, emulators and even virtual machines. As a developer, you must consider three parameters for the testing process. These parameters are real environment, functionality and non-functional aspects. Functionality testing processes will cover the UI testing, business flow and cross-platform coverage of the web application. On the other hand, environment testing aims to perform background testing and check all the interruptions and gestures of the web application. It also verifies the performance of the web application under different network conditions.

Non-functional aspects consider all the decorative elements of web applications. These elements do not have any connection with the functioning of the web application. However, they are very important as they play a critical role in improving the user interface stability and maintaining user satisfaction.

The quality assessment teams have to test the web application multiple times before forwarding it to the production face.  The goal of this process is to ensure that the application is ready to be released to the end-users. Performing all these testing processes on devices can be costly considering the fragmentation of devices and operating systems. During the application release process, the developers must ensure that it is compatible with multiple devices and operating systems at the same time. The total number of mobile devices was estimated to be 15 million at the end of 2021. This number is expected to reach 18.2 billion by the end of 2025. So, it is practically impossible to physically verify the functioning of the application on 15 billion devices.

The difficulty of the testing process increases if you are trying to verify the functioning of a web application. This is because you also have to consider the variation in the browser industry. Thousands of browsers are released every day in the market. Due to all of these factors, mobile application testing with an emulator seems to be a boon for the testing team. Emulators help to verify the functioning of an application on a device without actually installing the app on it. So, we can define a mobile app emulator to be a virtual platform that can simulate an Android device on the tester’s computer. This means the developers can verify the functioning of an Android APK file using an online APK emulator. It eliminates the hassle of maintaining a physical device.

Advantages of an Emulator

Emulators are considered to be one of the most successful additions to the mobile app testing industry. It helps the developers to smoothly execute the performance testing processes of a mobile app. To verify this claim, let us analyze some of the major advantages of a mobile app emulator:

However, the massive advantages of an emulator cannot overshadow its one great disadvantage. The accuracy of emulator-based test results cannot be compared to that of real device test cases. This is because emulators cannot simulate the physical specifications of a mobile device. They also cannot mimic the behaviour of a web application depending on the user interaction.

Things to Look for in a Mobile App Emulator

The primary goal of a mobile app emulator is to simplify the app testing process. While selecting the emulator for your testing requirements, there are certain factors that you must verify. Let us take a quick look at some of the most important factors:

Tools play a vital role in improving mobile test cases. It also helps to simplify the testing process for developers who are new to the mobile testing industry. Certain tools and platforms also offer modern technologies to improve the accuracy and quality of the test cases. Currently, there are thousands of tools that are available in the market. However, the developers must choose the perfect tool according to their preferences and project requirements. During this process, they should also consider the company budget, their programming language preferences and scheduled delivery date. It’s also a good idea to have a proper understanding of the modern mobile app testing trends. We can use the example of LambdaTest to further elaborate on this concept:

LambdaTest is a cloud-based platform to verify the cross-browser compatibility of both mobile and desktop applications. The developers can use this platform to run the live mobile app testing and mobile automation testing on an online Appium Grid. Currently, LambdaTest allows the developers to initiate the test cases on more than 3000 different Browsers and browser versions. Using this platform, the developers can also perform parallel testing of web applications. Parallel testing is a process of initiating multiple test instances at the same time. Using this feature, the developer can verify the functioning of the web application on multiple combinations of operating systems and browsers at the same time. LambdaTest also helps to verify the proper functioning of all the local web pages.

One of the major benefits of LambdaTest is that it combines the test reports of virtual machines and emulators with real device test results.  This process helps to improve the accuracy of the overall testing process.

With this article, we justified that emulator plays a vital role in the mobile app testing process. Companies should pay attention to training their staff about the importance of emulators. This process will also help the developers to utilise the full potential of this wonderful Technology. As a developer, you must also understand the importance of a proper tool in the mobile app testing process. Experts believe artificial intelligence will also become an integral part of the future testing industry. It is a good idea for the developers to constantly update themselves about the changes in the market. All these factors will help to guarantee a successful future in the app Development Industry.