How To Easily Shift Left in DevOps

The Significance of The Performance Testing For Your Business

Top 16 Software Testing Companies in The World in 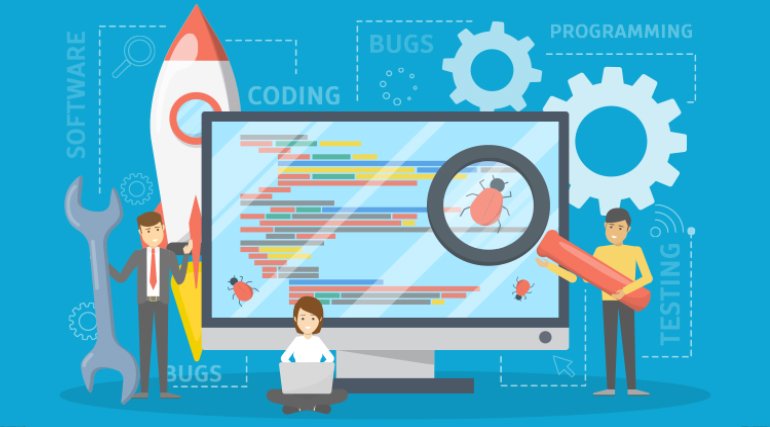 In today’s time where every business needs an application or software to reach out to a larger scale audience and be in the competition, having an advanced system benefits a lot. And this is why the term automation has created hype. Automation enables software development companies to offer unique systems within no time and businesses to become technologically advanced.

Automation focuses on replacing manual activities with various devices and systems to enhance efficiency. For instance, Amazon is now testing delivery drones that pick up products from the warehouse and deliver them to the clients, and the warehouse is also sorted by robots. Even the tech giant Google is recently testing self-driving cars.

There are various versions of automation technology and to make sure that it works perfectly, automation testing is a must. But more than that, testing each function of the software and ensuring that the software has everything that it requires is very important. And when it can be done automatically, there is nothing more efficient than that.

What is Functional Testing?

Functional testing is a way to test an application. This process involves verifying all the things that the application does as it needs to according to the design. To be more specific, functional testing is a process where the tester aims at checking each functional element of the software in order to verify that the output of each function is correct. This is nothing but black-box testing as the tester only cares about what the system does and not how it does the tasks.

For functional testing, the software testing team has to view the software from the user’s perspective and see to it that it interacts via the user interface.

The Need for Automated Functional Testing

When it comes to functional testing, it is mostly about usability, reliability, and performance. Besides, functional testing is something that verifies that the software works perfectly. This means that it checks whether it works exactly as it needs to. It helps in avoiding a return to the software crisis and this is one of the most important aspects of the 1970s and 80s.

What is Automated Functional Testing?

One of the most notable issues of functional testing is that sometimes the testing team is not capable enough to cover the entire product area with their testing methods. For instance, let’s say that each test case is performed manually in the functional and if they are repeated, it can become difficult to keep track of and this can even be very time-consuming to cover all of them. If this happens, the test coverage will not work exactly as planned and will fall short of the results that are predicted.

In such situations, the need for automation arises. Automated testing saves a lot of time, increases overall testing capacity, and lessens the efforts. Besides, automated functional testing can easily take over repetitive testing processes by freeing testing teams and enabling them to focus on strategy to make the business successful.

What Types of Functional Tests Should You Automate?

Regression testing is a method that ensures that the functionality of any web application is not at all affected whenever a new code, feature, or enhancement is added to the app. The main aim of regression testing is to find errors and bugs that might be present in the system or might have entered into it while the development process was on.

For example, let’s say that a business owner is working on the visitor management system and he wants to add a new feature in the system’s latest release, so that it can generate a report of all the visitors as per the category they fall into. And after this feature is added, smoke testing for this can be released and regression testing can be performed to ensure that the old code doesn’t affect the new update.

Basically, regression testing is something that often becomes very challenging for the testers, as the testing team needs to perform it every time their client asks to add a new feature to the application. This can make the process exhausting and time-consuming. To overcome this problem, switching to automation is the best option. For this, the testers can use Selenium test automation as it helps to automate the repetitive tests.

Smoke testing is a concept that the testers apply to any new release of the software. This test ensures that the basic functionality of the application is working fine or not. In the process of smoke testing, the most important functionality and components are covered. The main idea of this testing is to ensure that the critical features of the app are working perfectly and there are no issues with them.

When the web app is passed through the smoke test successfully, it is considered a reliable and stable application for the users. And once it is declared stable, the testes perform functional testing on it to check the newly added features and later they execute the regression testing. When the smoke test fails, it means that the current release of the application is not stable and problems are not fixed. To make sure that the test doesn’t fail, testers prefer to use automation.

When testing is integrated with the modules of the application, it means that it is checking whether the modules are working perfectly or not. When testing is integrated it doesn’t show any bugs. In other words, integration tests enable data and operational commands to act as a whole system and not just as an individual component. This type of testing is performed to find issues with operating timing, UI operations, database access, API calls, and data formats.

Many software development companies want to go with automation testing as they want to cope up with the continuous development and integration process. And this is a common practice for agile teams. Although we know that automation can eventually achieve the efficiency that businesses need for repetitive, critical, and complex test processes, it can be more efficient and easy if the planning of the automated functional testing process is perfect. And here we are going to have a look at such a process –

There are cases where even automation testing fails because of the company’s cultural issues. And to solve them, every software development company must have automated functional testing that is perfectly assembled and supports the dedicated test team that has expertise in testing and has knowledge of tools. When the company matches the skills of the persons in their team, it becomes easier to handle their responsibilities and expects that they will work as per their role.

Test modularity is an approach that divides the app under test into modules or script components. With the use of this scripting language, the QA team can easily build an abstraction layer in front of each component.

Keyword-driven testing is a concept that is application-independent and uses keywords to understand the process and describe the actions of the test. The keywords and actions in this approach are independent of both test scripts that drive the application and automated testing that executes them.

Record/playback is a type of testing approach that eliminates the requirement for scripting to capture the test. It is testing that starts recording the inputs of manual interactions and records the inputs. Later, the recorded inputs are used to generate automated test scripts.

Data-driven testing helps the AQ team to store the data in an external file and not into test scripts. This testing enables a single script to test all the data values.

Being aware of the test data that the test requires is very important and the main reason behind it is that many times tests run against various environments which wouldn’t have the data you want. So the tester must make sure that he has a perfect test data management strategy.

Test data must be created parallelly with other testing activities if the QA team wants to ensure correct results for each module or functionality that is tested. And this method offers desired test data inputs for each testing process.

4.   Time to Set up the Test Environment

A testing environment is a combination of hardware and software for the QA teams when they want to execute test cases. This means that the test environment supports test execution with network configured, hardware, and software. And this process is divided into three parts:

The last point in the automated functional testing process is to maintain the automated test suites and locate test assets in a repository that the development team can easily access. There are many tools available in the market for this which enables to organize and access the test assets by easily maintaining them.

Besides, it happens that some form of access control with the help of the automation test tool. In such cases, the maintenance burden lessens as it ensures the integrity of the test suites. All the tester needs to do is select whom to grant full access and whom to only grant read-only access.

How do you go About Creating Automated Tests?

When it comes to creating automated tests, there are few things that every QA team must look out for and apply –

When it comes to testing, the software development company ensures that it clarifies the roles of the testers. And this helps them carry forward the test cases in functional testing with proper planning. After that, they can decide on what exactly the functional test cases would require.  Some of those things are –

At the current time, around 93% of the software development companies use Open Source Tools for carrying out functional testing and the majority of them prefer Selenium. But besides this, there are many other software testing tools that every QA team must look out for and they are –

Some of the major benefits of using automated functional testing are –

When it comes to automated functional testing, the right planning, and effort are required as it helps in optimizing the software quality by verifying the reliability and accuracy of the app. The majority of software development companies go with automated functional testing as they can easily take major steps forward to improve the quality of the software. And as seen in this blog, this type of testing approach helps both the development and QA team to increase the accuracy and speed of the testing processes which eventually helps their clients achieve higher ROI.

How To Easily Shift Left in DevOps
January 7, 2022

The Significance of The Performance Testing For
January 2, 2022 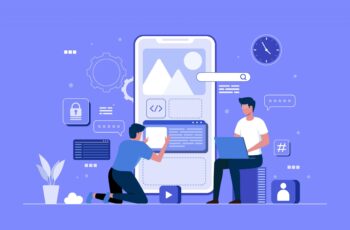